Before I developed fibromyalgia I had energy to spare: I worked full time, served on my church board, was a member of several clubs, and had time for friends, family, hobbies, and day-to-day household tasks. A year later I was still working full time, but at a cost: work came first, everything else had to wait. I was so exhausted that my boss understood when I overslept. My coworkers knew that I would nap during breaks and lunch, and would wake me when they left the staff lounge. The pain should have been unbearable, but I had acclimated to it gradually and didn’t realize how severe it was.

Ten years, five moves and one divorce later I was living a life based on fear: fear of exhaustion, fear of being in pain, fear of aggravating the fibro-fog that I lived with every day. After a rheumatologist told me dismissively, “Fibromyalgia is a psychosomatic illness,” I began to question myself and my part in bringing on my symptoms. fear began to rule my life, I found it harder to make friends: what if she didn’t understand when I canceled plans at the last minute? I became afraid to travel: what if the pain kept me from enjoying the trip? Fear kept me from designing new quilts: what if I never had then energy to finish one? Every time I gave in to fear, my life narrowed. I remember realizing the full meaning of the word bedridden: definitely a word to fear.

I was sitting in bed surrounded by my three cats when I began to understand another way of interacting with the world: the Feline Way. My newest kitten, golden-furred Inanna, had fallen and broken a bone in one of her hind legs. She was in enough pain that the vet had prescribed morphine, which also allowed her to sleep long periods as she healed. When her pain killers ran out, I could tell she was still hurting. I expected her to curl up, like I had when faced with ongoing pain. Instead her way of coping was radically different: she began to play.

Inanna turned on her side and played with a toy mouse, pretending to disembowel it with her hind legs. She burrowed under the newspaper, only to reach out with a paw if either of the other two cats, Loki or Isis, walked by. She limped over to Isis, crouched down, and started batting at Isis’s tail. She pounced on wrinkles in the covers, then mewed to get off the bed, and mewed again for a lift to the window sill. She watched the birds and squirrels until she fell asleep.
Concerned about her healing leg, I called Inanna’s vet. Dr. Brown assured me that play was a natural way for a cat to react. The movement released endorphins and kept the muscles from stiffening up. So why, I thought, wasn’t I walking daily, since I knew that walking released endorphins and kept my muscles from stiffening up? The answer was obvious: I thought of exercise as a chore, not as a form of play.

Learning to think of exercise as play wasn’t easy for a former Type A perfectionist. You have to relax as you play, let your hair down, find a space for joy. Play allows you to make mistakes, take risks, change the rules. Ultimately, play is a way to let go of fear: there’s no room for fear when you are playing purely for the joy of it.

It’s been just over a year since I watched Inanna play through her pain and began to understand the true importance of playing. I faced my fear of quilting by joining a charity group, Project Linus, and making quilts for children in crisis. The friends I’ve made through Project Linus are supportive and understanding, and have enriched my life. I took a week-long trip to help with my dearest friend’s daughter’s wedding and did just fine. I’ve started working on easy Sudoku puzzles despite the fibro-fog. I still have fibromyalgia, with both pain and exhaustion as my constant companions, yet now I’m living my life, not just enduring it.
And lately I realize that my cats have more to teach me: the value of sunshine, the joy of watching the birds, how to nap with abandon, the importance of laziness… I’m sure I’ll be a student of the Feline Way for a long, long time: 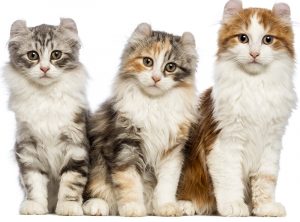