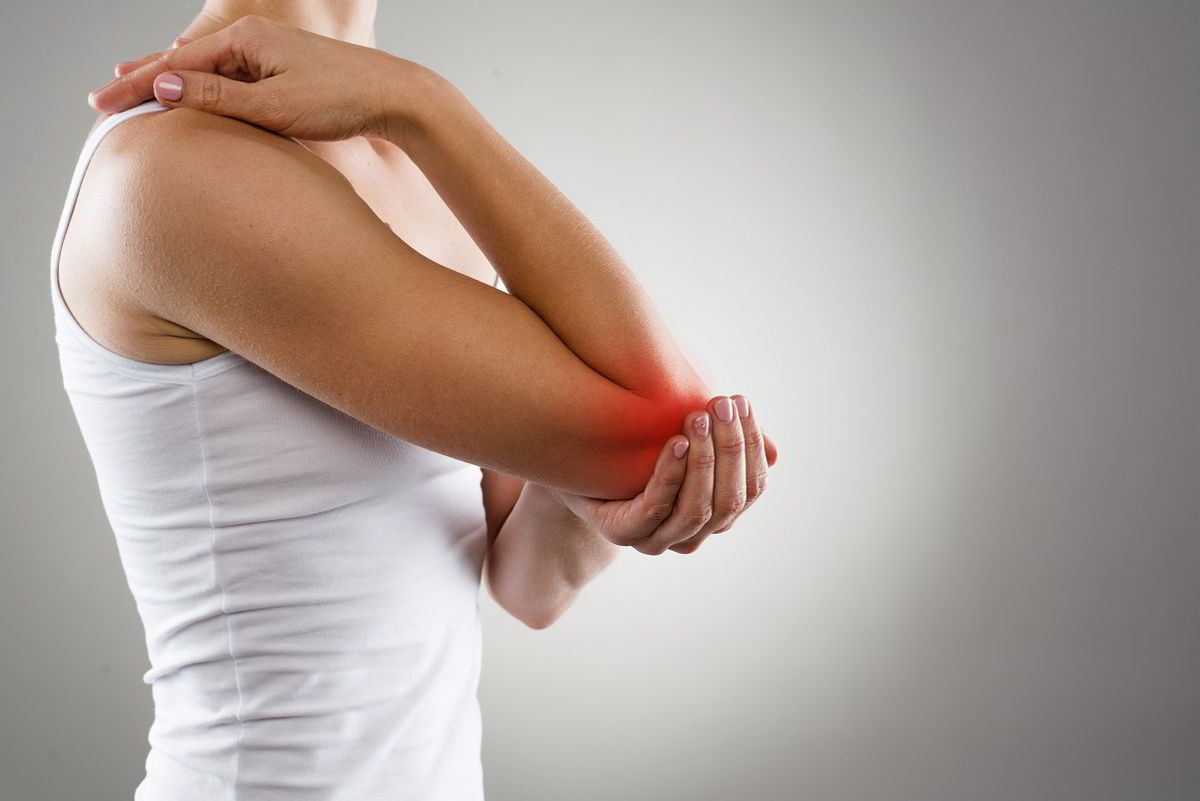 Chronic widespread body pain is the primary symptom of Fibromyalgia (fi·bro·my·al·gi·a) . Most people with Fibromyalgia also experience moderate to extreme fatigue, sleep disturbances, sensitivity to touch, light, and sound, and cognitive difficulties. Many individuals also experience a number of other symptoms and overlapping conditions, such as irritable bowel syndrome, Migraines, and Interstitial Cystitis.

Symptoms often begin after an event, such as physical trauma, surgery, infection or significant psychological stress. In other cases, symptoms gradually accumulate over time with no single triggering event.

Fibromyalgia (pronounced fy-bro-my-AL-ja) is a complex chronic pain disorder that affects an estimated 5 to 8 million Americans. While it occurs most often in women, it can occur in men and children, and all ethnic backgrounds. For those with severe symptoms, fibromyalgia (FM) can be extremely debilitating and interfere with basic daily activities. 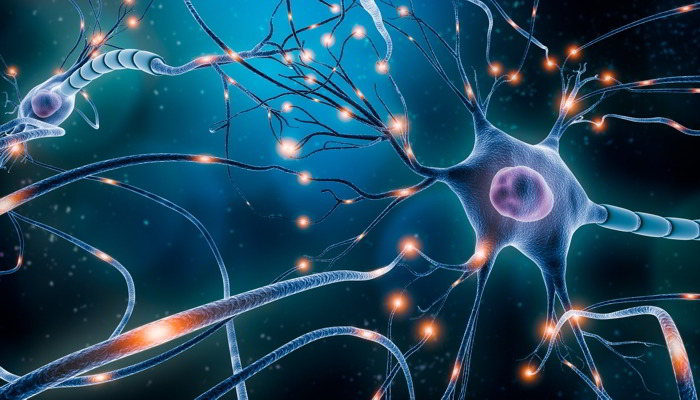 The underlying cause or causes of FM is closer to being understood because of new research findings that continue to bring a better understanding of the basic mechanisms of fibromyalgia. Most researchers agree that FM is a disorder of central processing with neuroendocrine/neurotransmitter dysregulation.

The FM patient experiences pain amplification due to abnormal sensory processing in the central nervous system. An increasing number of scientific studies now show multiple physiological abnormalities in the FM patient, including: increased levels of substance P in the spinal cord, low levels of blood flow to the thalamus region of the brain, HPA axis hypofunction, low levels of serotonin and tryptophan and abnormalities in cytokine function.

Recent studies show that genetic factors may predispose individuals to a genetic susceptibility to FM. For some, the onset of FM is slow; however, in a large percentage of patients the onset is triggered by an illness or injury that causes trauma to the body. These events may act to incite an undetected physiological problem already present.

Exciting new research has also begun in the areas of brain imaging. Ongoing research will test the hypothesis that FM is caused by an interpretative defect in the central nervous system that brings about abnormal pain perception. Medical researchers have just begun to untangle the truths about this life-altering disease.

One of the most important factors in improving the symptoms of Fibro is for the patient to recognize the need for lifestyle adaptation. Most people are resistant to change because it implies adjustment, discomfort and effort. However, in the case of FM, change can bring about recognizable improvement in function and quality of life. Becoming educated about Fibro gives the patient more potential for improvement.

An empathetic physician who is knowledgeable about the diagnosis and treatment of Fibromyalgia and who will listen to and work with the patient is an important component of treatment. It may be a family practitioner, an internist, or a specialist (rheumatologist or neurologist, for example).

Conventional medical intervention may be only part of a potential treatment program. Alternative treatments, nutrition, relaxation techniques, and exercise play an important role in FM treatment as well. Each patient should, with the input of a healthcare practitioner, establish a multifaceted and individualized approach that works for them.

It’s estimated that 6 – 10 percent of people in the United States have fibromyalgia. This chronic pain disorder impacts millions of men and women of all ages and ethnicities all around the world—but fibromyalgia is decidedly more prevalent in women, as is the case with a number of other pain disorders, such as temporomandibular joint disorder, headache, and irritable bowel syndrome.

Studies in both humans and animals have shown that pain is experienced differently by males and females. In general, females (both animal and human) are more sensitive to experimental pain, and women have more pain-related clinical conditions, including osteoarthritis, rheumatoid arthritis, and fibromyalgia.

In addition, studies have suggested that cultural factors may also play a role. For example, it is generally thought that feeling pain is “okay” or even expected among women, and that an emotional response is socially acceptable. On the other hand, traditional male roles in society dictate ignoring  and not reporting pain, which in turn may translate into feeling anxious, and depressed.

Studies have shown important gender differences in various clinical characteristics of fibromyalgia. For example, women experience significantly more common fatigue, morning fatigue, all-over hurting, irritable bowel syndrome, total and number of symptoms. Women also typically have significantly more tender points. On the other hand, overall pain severity, global severity, and physical functioning are not significantly different between the sexes, nor are such psychologic factors as anxiety, stress, and depression. The mechanisms of gender differences in fibromyalgia are not fully understood, but (as prominent fibromyalgia researcher Dr. Mohamed Yunus states) they are likely to involve interaction between biology, psychology, and sociocultural factors … [read more]

Adolescents diagnosed with JPFS have unfortunately received relatively little attention in the research literature. Compared with adults, patients with JPFS face unique developmental and social challenges as they cope with daily pain and difficulties with daily activities. JPFS has been shown to compromise psychosocial functioning, evidenced by poor school attendance and increased emotional distress (8 –10). In one study, adolescents with JPFS were found to miss an average of 5 days of school per month, putting them at risk for academic difficulties, decreased social contact, and peer rejection (9).

With the lack of specific medical findings, adolescent patients and parents anecdotally report that it is difficult for them to explain to peers and school teachers why they often have problems engaging in everyday activities, participating in sports, and attending school regularly. This might serve to exacerbate the  psychosocial impact of JPFS. In the clinical setting, school-related social difficulties are often mentioned by parents and adolescents as a significant concern. Parents often report chronic school absenteeism, social withdrawal, and few friends. Adolescents with JPFS often state that they are rejected because teachers and peers do not understand the nature of JPFS and believe they are merely seeking attention or avoiding academic obligations.

Current knowledge about social difficulties in JPFS has relied primarily on anecdotal reports or research studies using self-report or parent-report measures. No study to date has entered the school environment of adolescents with JPFS and evaluated actual peer relationships and social adjustment. This is especially significant within the context of considerable work demonstrating the central importance of peer relationships for normal social, emotional, and behavioral development of children, and indicating that peers are the preferred source of information about a child’s social functioning (11–14).

The relationship between fibromyalgia (FM) and gender has been a source of confusion and controversy among researchers and patients alike. Although FM is clearly more prevalent among women, the illness does afflict men as well.

Little research has been conducted that measures the prevalence of fibro, and estimates vary widely as to the proportion of male versus female patients. A 1999 epidemiology study conducted in London found a female to male ratio of roughly three to one. However, a 2001 review of the research literature in Current Rheumatology Reports stated the ratio was nine to one.

The gender gap goes beyond the numbers. Research has shown that FM symptoms differ between men and women. A recent study in the Journal of Rheumatology found that men with fibromyalgia seem to have fewer and milder symptoms than female patients, including number/severity of tender points, fatigue, and irritable bowel. However, an Israeli study that compared 40 men and 40 women with FM, matched by age and educational status, found that men reported more severe symptoms than women, in addition to decreased physical function and lower quality of life … [read more]