How to Tell a Knight on a White Horse!

By: Jessica Franke
Reprinted from FMOnline

Good vs. Bad Doctors. I don’t watch Grays Anatomy, the latest television drama glorifying the lives of doctors, simply because of the song used for the theme. The Postal Services Such Great Heights is one of my all-time favorite love songs (and was long before Hollywood heard it), but the people producing Grays Anatomy are exploiting it to suggest that doctors somehow exist on a higher plane from their patients; that perhaps the letters MD actually stand for Mighty Deity; and that doctors are waving from such great heights and would never deign to come down to our level.

As a scientist and an almost professionally ill person, I’ve interacted with many future and present doctors in all different ways, from patient to friend to competitor.  So, I know that doctors are just people who worked very hard to get through medical school, driven either by a desire to help people or a desire to stoke a very large ego.  Intelligence is less important in becoming a doctor than ambition and the ability to memorize facts and forego sleeping.

Doctors are not gods or geniuses, and while their extensive medical knowledge and training should be respected, doctors don’t deserve hero worship or your complete submission, although I’ve had some bad doctors that think otherwise.

I saw my first specialist doctor at 16 years of age. He was a large, imposing endocrinologist with a booming voice and crushing handshake.  He was painfully aware of his own presence in the exam room and loved to play the part of gallant savior.  In what seemed like a rehearsed performance, he would make glorious medical diagnoses and pronounce my hypothyroidism perfectly treated.

Not surprisingly, he was not interested in how I actually felt, which was just as badly as when I first saw him.  Instead, he relied solely in the definitive answers provided by lab tests, which showed my TSH level to have finally dipped below the accepted upper value of 5.0. When I persisted in complaining about my symptoms, he started to resent my ubiquitous presence in his office.

I brought up current research that suggested many people felt better when their TSH was between 1.0 and 2.0 (this eventually proved true for me); he told me I wanted to abuse thyroid medication as a quick fix to lose weight (which was ludicrous, because I was a skinny teenager).  I brought in an article showing that the addition of T3 medications helped patients feel better than T4 therapy alone.  He ripped up the article in front of me and asked, Are you a doctor?  I don’t think so.  I know more than you, so be quiet.

Even at my young age I was rather outspoken and wasn’t content to spend my life tired and miserable. Finally, I said, Okay if my thyroid is not the reason Im feeling poorly, I must have something else. I think I fit the criteria for fibromyalgia.  He stared at me for a second.

Fibromyalgia is not a real disease. It is a diagnosis invented to shut up whiny old women. You seem to be acting out to get attention. Perhaps you should seek psychiatric help.

I told him to give me a copy of my records, and then to take his medical expertise and shove it.  He told me he was glad he wouldn’t have to listen to my whining anymore and left, swishing his starched white coat around him, and slamming the door shut.

In subsequent years, at least two more doctors refused to believe I had fibromyalgia and echoed my endocrinologist’s belief that I was making up my symptoms to get attention.  One even suggested I was using it as an excuse to be lazy.  Finally, I found a rheumatologist that actually performed the trigger point test and diagnosed me but even he was not destined to be my first good doctor.

He only gave me a prescription for a muscle relaxant and never saw me again.  Which leads me to my next story, which teaches that a doctor should insist on a follow-up visit after diagnosing a disease.

During my freshman year of college, I had severe upper abdominal pain that baffled many doctors and still has yet to be diagnosed.  After an endoscopy, I met with the performing gastroenterologist, who told me that I either had pancreatitis or pancreatic cancer, and we would know if I died within two months.

Shocked, I asked what we should do. He told me neither condition was treatable, so I didn’t need to do anything. I didn’t even need to make a follow-up appointment with him.

Since I’m still alive, and in fact don’t meet the criteria for pancreatitis, he was obviously wrong. Doctors must be able to say, I don’t know. It may not be the most reassuring sentiment, but at least the doctor is being honest and not extemporaneously inventing an answer to either scare or get rid of you. Many bad doctors like to assume if they don’t know what’s wrong, then nothing is.

Fibromyalgia teaches us this is not the case: currently available basic lab tests show no abnormalities, but our symptoms don’t lie, and a doctor that doesn’t believe you isn’t worth your time or money.

I don’t know how I lucked out, but I’m currently served by a host of wonderful doctors, from my rheumatologist to my optometrist. Even my dentist is awesome (even if he is a dentist).

My doctors treat me like a real person, not a collection of organs and test results. I’m more than a malfunctioning body; I’m a person with a life that is being interrupted by illnesses. They want to hear how my illnesses are interfering with my dreams, so that they can help make my goals a reality. They always take me completely seriously and are never condescending or doubtful.

They never blame me for my problems or suggest that I’m somehow sabotaging my health as a ploy to get attention. They also welcome my participation in my own health care and view my scientific background as an asset instead of an annoyance. And if I don’t know something, they get excited about teaching me about a drug or a disease or how my hips are malfunctioning.

Most importantly, they care about how I feel, not what current medicine says. This is especially important for my various invisible, chronic, inexplicable illnesses. They don’t care that there isn’t a standardized, objective lab test to definitively diagnose my conditions. They don’t care that no one knows what causes my diseases.

And they understand that my physiology is somehow different than everyone else’s in the world, so that instead of getting fed up with how difficult my body is being, or accusing me of noncompliance, they simply strive all the more to find a uniquely suited solution.

Furthermore, they won’t stop with me just being well, they want me to be happy.  Once, when I was feeling particularly down on my body, I told my doctor that I wanted to lose weight.  My doctor said, Sure, you’ll be able to do that just fine.  But it’s not time to worry about that right now.  If you can go for three months without a flare-up of any of your conditions, we’ll start worrying about losing a couple of pounds. 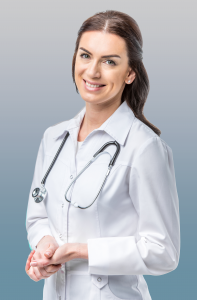 Best of all, my doctors have the perfect blend of confidence and humility. They are reassuring in their fearless approach to my conditions. When I walk into the room and start listing my complicated symptoms and even trickier set of medications, they eventually say something like, Aw, you poor thing. Let’s get you fixed up. Some bad doctors have viewed me as an inscrutable, unrewarding mess, especially considering my chronic illnesses.

There’s no quick fix, and no glory when a doctor has to keep seeing a patient.  For some doctors, success means never having to see a patient again!  Luckily, my current doctors know we are in for the long haul and have cultivated a real, personal relationship with me. After all, we’re going to be spending a lot of time together over the years.

And finally, if their vast knowledge fails, they are actually willing to admit it and consult with my other doctors or gasp! do research to learn how to help me.  Together, we are a team, and I am finally starting to feel better physically and emotionally with the aid of their expertise and support.

I appreciate these wonderful doctors all the more for my early experiences with the bad ones. Unfortunately, I think many doctors have placed themselves on a pedestal and the public seems to be buying it. Ironically, the best doctors never ascend to such great heights, but instead choose to spend their careers getting down and dirty in the business of not just saving lives, but making them better.