Nine Additives to Avoid With FM 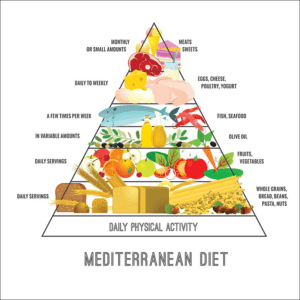 Some of today’s foods contain many additives for coloring, flavoring and preserving our food. Some of these additives are harmless, some questionable and others are downright dangerous. These nine items should be avoided if you are a fibromyalgia patient.

The sweetener found in Equal and NutraSweet and thousands of other food products has many critics. Though certified by the FDA, aspartame has been shown in many studies to have a correlation with cancer. Furthermore, the controversial FDA approval of aspartame prompted a congressional investigation. The NFA has advised staying away from Aspartame for over 20 years.

Commonly referred to as trans fats, these plant oils have had hydrogen atoms added to them to make them more saturated, extending their shelf life and making them easier to bake with. Most health experts agree that these fats increase the risk of coronary artery disease and raise bad cholesterol levels. New York City recently banned the use of artificial trans fats in its restaurants.

Sodium nitrite is most often used as a preservative. Eating meats preserved with it–such as hot dogs, bacon and breakfast sausages–can increase the risk of cancer because nitrite can form carcinogenic compounds when exposed to hot environments like a frying pan or acidic environments like the digestive system. Watch for sodium nitrites in deli foods.

Many artificially colored foods use synthetic dyes. Over the years, the FDA has banned many dyes while certifying others for use in our baked goods, beverages and candies. Still, some health groups maintain that the approved dyes Blue 1 and 2, Red 3, and Yellow 6 pose a cancer risk, and that further research needs to be done.

The additive olestra is better known by its brand name, Olean, which is used in fat-free Frito Lay potato chips. Despite being approved by the FDA, for many years foods containing olestra were labeled with a warning that the additive may cause abdominal cramping and gastrointestinal problems, as well as inhibit the absorption of essential vitamins.

This controversial natural sweetener substitute has been off and on the FDA’s list of banned additives. It is currently permitted as a dietary supplement but not as a food additive. The World Health Organization found it not to be carcinogenic, but said further study should be done.

The oldest artificial sweetener is used in Sweet ‘N’ Low and found in many diet foods and sodas. Saccharin first had its health risks investigated by the USDA in 1907 when Theodore Roosevelt was in office. Since then, there have been numerous studies linking it to cancer, and in 1977 the FDA proposed banning it. An FDA-mandated label is no longer required, but saccharin is still considered by many to be a possible carcinogen.

Sulfites are chemicals that are used to keep cut fruits and vegetables from discoloring, as well as prevent bacterial growth and fermentation in wine. Once considered safe, they’ve since been found to occasionally cause fatal allergic reactions. In the 1980s, Congress urged the FDA to ban sulfite use on raw fruits and vegetables, and the FDA has been broadening its ban on the additives ever since.

These two chemicals slow the rate of autoxidation in food, preventing changes in color, smell and taste. Some studies have shown BHA to be carcinogenic. The jury is out on BHT.