Update on A.J. Langer and FM

Please join us in looking back to one of the NFA’s first Pioneers: A.J. Langer 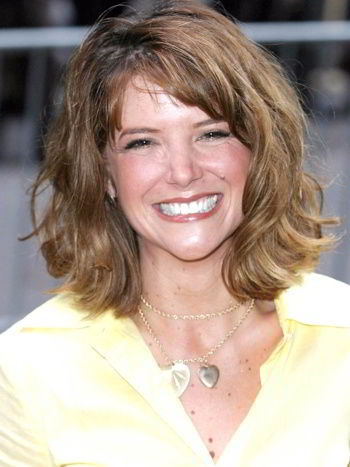 Sixteen years ago, actress A.J. Langer appeared on the cover of the inaugural issue of Fibromyalgia AWARE. Since then, her life has undergone many changes—professionally, personally, and, of course, health-wise.

When the National Fibromyalgia Association first met A.J., she was struggling to balance the personal and professional sides of her life. Her FM symptoms were peaking, and she didn’t know where to turn for help. Since then, a concentrated focus on her health and personal happiness has revived her. A busy film and television actress from the age of 15, A.J. now says her most important role is as a woman and mother focused on health, happiness, and family.

NFA: A.J., can you describe the state of your life at the time you appeared on the cover of Fibromyalgia AWARE?

A.J.:  When I was on that cover, I was really coming out of the depths of the difficult years. Fibromyalgia AWARE was published just as I was realizing I could come out of isolation and there might actually be support. That concept really blew me away. I was finding people that knew that this condition was not who I was, but what I was dealing with.

NFA: When did things start to turn around for you?

A.J.:  Soon after the article I wrote, which appeared in the second issue of the magazine, I decided to leave acting for at least a year and not to push myself so hard all the time. Within three months of that, I’d found my doctor, my dream house, and my husband. Without my doctor, I wouldn’t have gotten my life back so quickly—and I wouldn’t have met my husband, because I wouldn’t have gone on the trip where we met. And buying my house on my own was an incredible step for me. It was a house that I just knew that I couldn’t be unhealthy in—it’s just such a beautiful place.

NFA: How did you meet your husband?

A.J.:  We met in a bar in Vegas. I was there for a “bachelorette weekend.” We were in the Hard Rock Hotel, and we spotted each other across the bar. I smacked my girlfriend and said, “That one—yum!” We smiled at each other for a while, and he moseyed over to say hello. It was the classic guy-meets-girl-in-a-bar shtick, but it stuck!

NFA: When did you tell him about your fibromyalgia?

A.J.:  The night after we met. I’d forgotten to take my medicine and had crashed. I couldn’t meet up with him at the time we’d said we were going to meet; when he called, I said, “I had to come back to my room, but I’ve taken my medicine and rested; I can probably meet up now.”

He didn’t show until the sun was rising. At that point, I just wanted him to leave. He insisted that he just didn’t understand when I said I was not feeling well. I told him about fibromyalgia, thinking this would be an easy way to make him go away. But to my amazement, he didn’t. He listened to everything I said. I had some info on FM with me so my girlfriends would understand and not worry if my symptoms acted up.  Charlie read everything and was, in my humble opinion, amazingly compassionate. In Vegas. Who’d’ a thunk?

NFA: When did you two decide to get married?

A.J.: After Vegas, we stayed in touch, flew the Atlantic a few times (Charlie is English and lived in London), and fell in love. It got to a point where we couldn’t talk ourselves out of it anymore. He decided he would move out here for a bit, take the California bar exam, and see how it went. After living out here for a year or so, he proposed.

NFA: FM can impact a marriage intensely. How has it impacted yours?

A.J.:  In many ways some good, some challenging. Fibromyalgia becomes part of the relationship, whether you like it or not. Awareness, compassion, and communication are key.

In Charlie’s culture, admitting that you’re sick is frowned upon much more than it is here. Taking care of yourself can be seen as being self-indulgent. Once people did find out, they wondered if I was “fit” to be a wife. There was criticism, but because I’d dealt with people not understanding about fibromyalgia—and because Charlie stood by me—I could handle it.

A.J.:  When you’re in pain, it’s sometimes difficult for your physical relationship. So often with fibromyalgia, you can lose your sexual self and your relationship. But if you take time to nurture your sensuality, to get to know yourself and what you need, and really honor this part of your life, you can then share this with your partner. If you communicate well and your partner understands, then it’s possible for it to be a source of a connection and deeper intimacy, as opposed to separation and isolation.

NFA: How do the two of you deal with symptom flares?

A.J.:  Sometimes we’re right in tune and we both get that it is time to chill, time for a little extra support and patience. He can be very good at reminding me not to be hard on myself.

Other times can be more challenging. We are both capable of getting frustrated with fibromyalgia. It can seem like such an in-convenience! It took a while for him to learn he can say that. To me it would seem ridiculous for him not to get pissed off at it, because there are times when it pisses me off! You’ve got to be able to talk about it.

NFA: You mentioned that FM has impacted your marriage in some good ways, too.

A.J.:  Charlie says he’s a much healthier person than he would have been without it; he says meeting me probably added 10 years to his life. We eat what we want when we want; we exercise only when we enjoy it; we concentrate on being healthy not because we want to look a certain way, but because we want to live a full life. We focus on following our hearts.

We’ve found that slowing down can be a huge gift. And we’ve become an amazing team by working through the challenges that FM presents. It makes you a stronger couple in the end.

NFA: For many women with FM, the decision to start a family is a complicated one. How did you approach it?

A.J.:  It wasn’t nearly as complicated as I thought it might be. At the age of 21, a doctor told me I probably wouldn’t be able to have children because of fibromyalgia. Years later I had surgery for endometriosis, which left me in more pain than I started with. These two experiences left me aware that it may be a challenge. Charlie and I said we were going to start talking about having kids on our first anniversary. Fifteen days after our anniversary, I took a pregnancy test. It was positive. 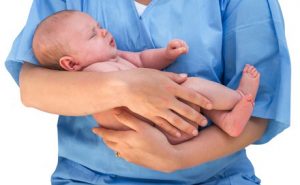 NFA: And how were those nine months?

A.J.:  I loved the pregnancy—which doesn’t mean it was pain-free. At first I was scared because I was still in pain. I always pictured getting rid of FM before getting pregnant. I tried researching pregnancy and fibromyalgia and found there wasn’t much on the subject. But I had heard stories about people going into remission during, or even after, pregnancy,  so I became fascinated by the concept of the healing power  of pregnancy.

From the start, I knew that I wanted to do a natural home birth, and I was lucky enough to find a midwife who has fibromyalgia. In the end she said my symptoms were perhaps a bit more enigmatic than the typical pregnancy, but then again, there are many women without FM that face greater challenges. I believe that FM made me more capable of enjoying my pregnancy. I was used to living with symptoms very similar to those that women experience during the nine months: random nausea, discomfort, hormonal upheavals, having to stay gentle and tuned in to what my body is needing or wanting, etc. With the excitement of knowing that these symptoms were for a reason—the best reason in the world—I felt very positive.

I exercised consistently, but gently, throughout the pregnancy—going on walks in the hills and doing yoga. I was in better shape than I had been in ages and was surprised at how healthy and sexy I felt!

NFA: That makes a lot of sense, since exercise had been so helpful in managing your symptoms before you conceived. But how was giving birth?

A.J.:  The birth was pretty intense. I had 13 hours’ complete labor, 10 hours’ active. My pain coping skills and my incredible husband got me through to the last hour and then—well, I still don’t have the words. I was pretty traumatized for a couple days afterward and I couldn’t get my head around the fact that every woman who has a child goes through that!

The fact is, this body, my body, had a baby naturally—and I will never allow myself to resent it again. There’s no way I would ever stand on a pedestal and preach that every woman with FM should have a baby naturally—to each her own. But just so you know, it is possible and it was awesome. Through my most intense pain—and it was my most intense pain—was born an absolutely perfect, healthy, beautiful little baby. I would make the same choice again—even though the pain of that final hour blew my mind.

NFA: Has recovery been difficult?

A.J.:  I thought I’d be ready for auditioning again right about now, but a few months after the birth, that sounds like the most ridiculous thing in the world to me! I’d rather come back strong than fast, and I don’t mind taking my time. The baby was uncomfortable yesterday, so I held her—for hours. It’s the coolest thing in the world to feel I can give this time to her and to Charlie and myself.  I’m in a bit of a flare, but I’m recovering from childbirth, so that makes sense. I am continuing to exercise and even getting in the ocean a few times a week. I’m not wanting to take any painkillers because I feel like I’m doing okay without them, and because I’m breastfeeding. Breastfeeding is a wonderful experience—painful at first, but so worth it.

NFA: And what’s next for you? Have you developed a new schedule for resuming your career?

A.J.: I’ve never been able to have a plan. Our plan is to have no plan. I’ve had a few meetings and auditions and they have gone well. I’m only interested in material that excites me and am being choosy. So we’ll see. In the mean time I am going to enjoy this incredible time with my family. 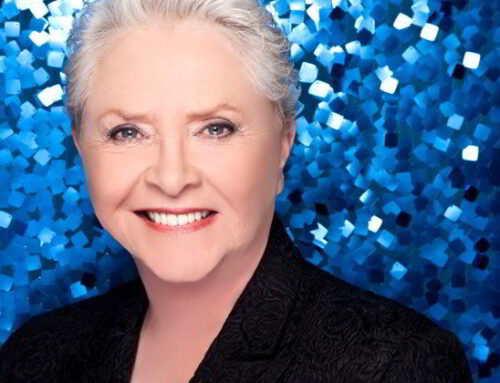 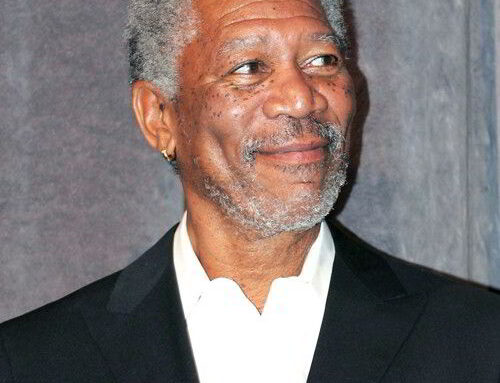 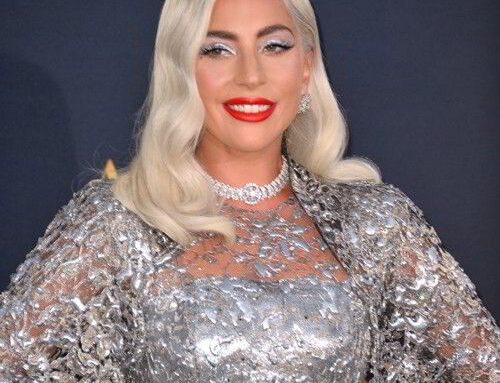 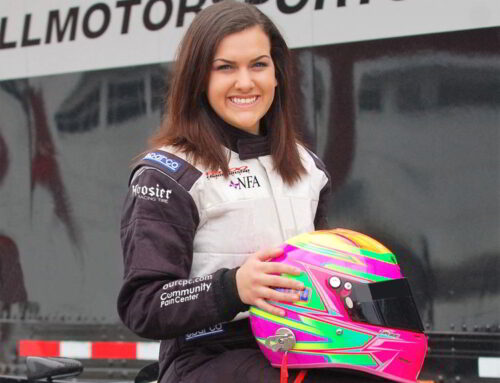