The cost of fibromyalgia to both the individual and to society is extensive. A 2007 study found that 34% of fibromyalgia patients spend between $100- $1,000 per month above their insurance to see a healthcare professional. Prominent fibromyalgia researchers and specialists estimate the costs in the U.S. between $12-14 billion each year and accounts for a loss of 1-2% of the nationâ€™s overall productivity.

According to a 2003 published study in the Journal of Rheumatology: 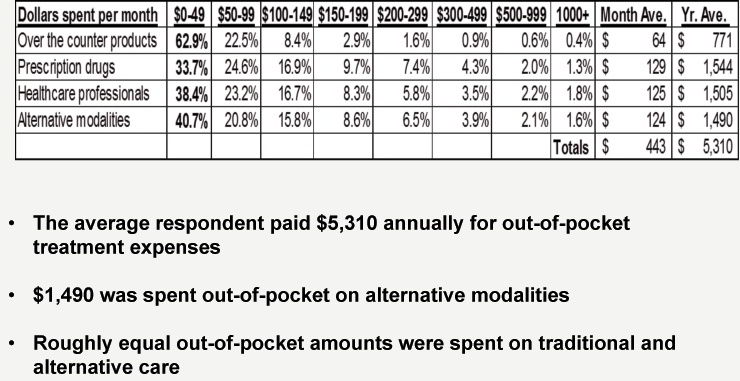