Dianna Graney has tried dozens of medications in the search for ways to manage her fibromyalgia and temporomandibular joint disorder (TMJ) symptoms.  Some have helped and some have hurt, like one prescription intended to reduce the stress a physician believed was causing her symptoms.“I couldn’t function at all,” recalls Graney, 48. “I was walking around like I was drunk; I was saying things that didn’t make any sense.  The ones I worked with just couldn’t believe the difference in how I talked and moved around.”

These side effects were so extreme, the doctor quickly took Graney off the medication.A side effect is a secondary and usually adverse effect of a drug or therapy — something that many FM patients are all too familiar with.  They can range from discomfort to increased anxiety, from dry mouth to diarrhea, from sleepiness to sexual dysfunction, from liver damage to addiction. What is a fibromyalgia patient to do? First, you have to recognize side effects.  Then you have to decide how to deal with them.

Is It a Side Effect? 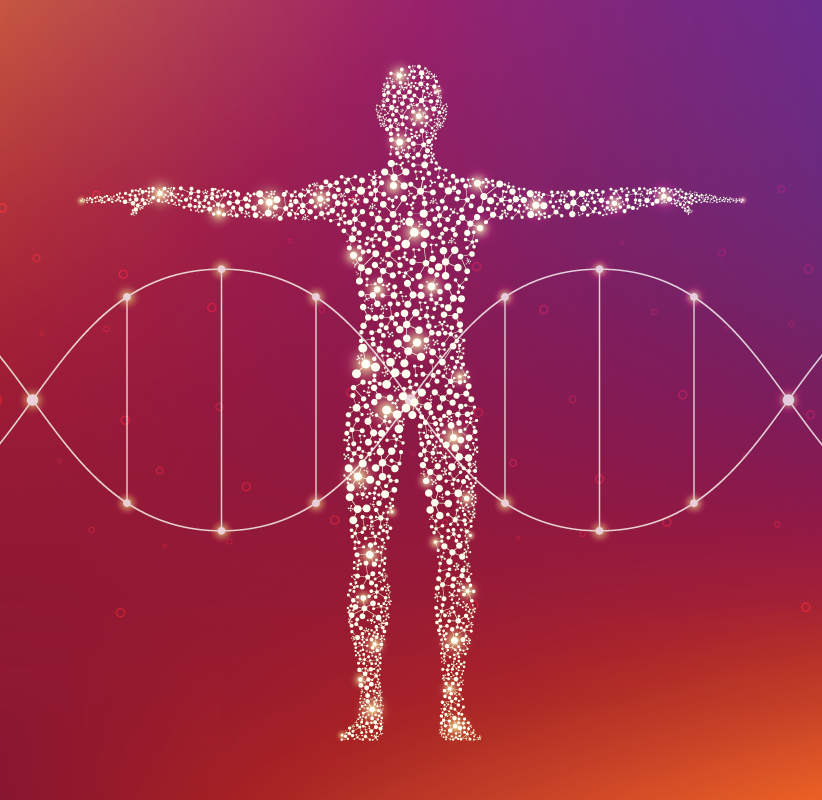 There are many resources for learning about the potential side effects of medications.  If you are trying a new prescription, the pharmacist may give you a list of potential side effects.  You can also check out the Physicians’ Desk Reference or try researching online (but be careful to refer to reliable websites).Your pharmacist can also apprise you of potential drug interactions — if you fill all your prescriptions at the same pharmacy.  Most pharmacies have a drug interaction computer program that alerts them to potentially harmful interactions.

Many FM patients have discovered how important it is to take responsibility for their own health.  Tracking prescriptions is one way to do that.  It is a good idea to keep a list of all your medications and nutritional supplements, including the prescribed dosages, on a card you carry with you.  Show this card to your doctor at each visit so he can be sure a new prescription will not interact with your already existing prescriptions and show it to new doctors so they will have all the information about your current medications.

Reading the list of potential side effects for medications is enough to make some people start feeling worse—but do not let this information blossom into hypochondria.  Instead, ask your physician about the top two or three side effects you should watch for when you start a new prescription. Medical professionals note that it is all too easy for patients on medication to focus too much on potential side effects.  For some physicians this is such a concern that they do not recommend patients keep a journal of their symptoms.

David S. Hallegua. M.D., assistant professor of medicine at Cedars-Sinai / UCLA School of Medicine, Los Angeles disagrees.  He recommends that individuals diagnosed with fibromyalgia list all their symptoms as well as the frequency at which they experience them, and discuss each one with their doctors early on — a good way to find out which symptoms are likely to be caused by fibromyalgia, and which ones are probably not. That list will come in handy when the patient tries a new medication, too.

Dr. Hallegua suggests keeping a “symptom diary” for the first week or two after starting a new prescription and comparing that diary with the original list of symptoms.  “Then,” he says, “you could sense if the new symptom is a symptom [of fibromyalgia] or a side effect [of the medication].” A list of medications you have tried in the past — and your negative reactions to them, if you had any — will also help your physician to make a more educated guess about what types of medication are less likely to cause you side effects.

Hal Blatman, M.D., of the Blatman Pain Clinic in Cincinnati, Ohio, notes that most people have similar reactions to the same class of medication.  Some medications, he adds, can be counted on to have negative effects.  “All NSAIDs [non-steroidal anti-inflammatory drugs] cause some level of injury to the gut, some level of injury to the kidney, and biochemically interfere with the production of healthy cartilage,” he says.  “In most of my experience, these medicines don’t effectively relieve pain well enough to justify the injury they cause to the body.”

Despite the potential for side effects, medical professionals and patients agree that it is worthwhile to try different medications in the search for treatments that fully meet  patients’ needs. Eighteen years after her FM diagnosis, Graney is on a regimen of 14 medications to manage her FM, TMJ, and allergy symptoms.  She has experienced weight gain and sleepiness, but those side effects are minor in comparison to the benefits of this combination of prescriptions. “I have finally found a combination that seems to work,” says the Santa Maria, Calif., resident.

Some side effects “may not manifest for six months,” says Dr. Hallegua.

Though some side effects are fairly innocuous, some have the potential for great harm — and they exhibit no symptoms the patient can track.  Some side effects “may not manifest for six months,” says Dr. Hallegua.  “An increase in liver enzymes that may occur from taking an anti-inflammatory medication, such as Naprosyn, may not manifest itself for eight weeks, and exhibits no symptoms.

Blood testing is recommended for various types of medication to monitor for those kinds of side effects.  It’s important to follow the directions of the doctor in these cases.” Many medications used today are so new that long-term effects are unknown.  “If you take one of the newer antidepressants for 50 years, what does it do to you?” asks Blatman.  “Nobody knows what the long-term effects are.”

There is, he adds, another type of side effect: the effect on family relationships.  Sometimes well-meaning family members object to a patient taking a particular medication because of something they have read or heard.  “This may become a social problem for the patient that I may have to address with the family and patient; or the patient may be strong enough to address the issue on his own,” he says.  “It may be a concern big enough that the medicine needs to be discontinued, because of the damage it is doing to a relationship.”

What Do I Do Now?

If that does not work, or if the side effect is too much for the patient to handle, he recommends the patient stop the medication and try something else.  Like Dr. Hallegua, Dr. Blatman discontinues medications that are negatively affecting his patients.  “I don’t believe in continuing on a medicine despite side effects in hope that the side effects will lessen in time,” he says.  “I think that’s a goofy idea.” Is there ever a time a physician will suggest treating the side effect and continuing the prescription that causes it?  Only rarely, Drs. Blatman and Hallegua agree, because such a procedure is usually counterproductive.

Take a drug like Zelnorm, used to treat constipation for dominant irritable bowel syndrome; in some cases, patients experience abdominal pain or diarrhea.  “If it caused diarrhea,” says Dr. Hallegua, “and then you decide you’re going to treat the diarrhea with an anti-diarrheal medicine, that will cause constipation.  You’re battling two things that work in opposite directions, that work against each other.” Like Graney, some patients decide that the benefits of a medication outweigh the disadvantages of the side effects.  “When that’s the best option for somebody, then that’s a choice we’re left with,” says Dr. Blatman.  On the other hand, “Some people can’t tolerate the choices that would provide the most effective relief.  They have to settle for other options.”

“There are a number of approaches [to treating fibromyalgia], a number of medications—some of which are natural—including hormones, analgesics, and antidepressants,” says Rick Marinelli of the Natural Medicine Clinic in Portland, Oregon.  “All those things have a role for some people.  The doctor who can apply them all favorably will have the least trouble from side effects and have the happiest patients.” As with prescriptions themselves, finding alternative treatments that help successfully manage FM symptoms is a matter of experimenting, of trying different things.

Lori Green, who lives north of Atlanta, Georgia, says, “I probably have taken just about everything they will give you for FM.” But prescription medications — from antidepressants to muscle relaxants — did more harm than good for Green, 40, who has FM, TMJ, and osteoarthritis.  She suffered from side effects of insomnia, excessive weight loss, extreme agitation and mood swings, and muscle twitching.  On top of it all, she just did not feel like herself. “No matter what the dosage was, I always felt like a zombie,” she says.

“I didn’t’ have any control over my body.” Fed up and discouraged, she decided to take a drastic route—one she does not recommend to anyone: she quit all her prescriptions, cold turkey, and undertook a nutritional therapy.  Green’s system is simple: no sugar or caffeine, a healthy diet, vitamins and supplements (like calcium and magnesium that help her sleep when she takes them before bed), and gentle exercise.  “I have been maybe 90% better,” she says. Nutritional therapy and supplements, body work including massage and exercise, biofeedback, acupuncture, and other alternative therapies may help you manage your FM symptoms without side effects, or may ease side effects you have decided to live with.

There are also natural ways to stave off side effects.  Dr. Blatman recommends, for instance, taking probiotics over the same period of time (though not at the same time of day) as an antibiotic prescription.  Probiotic therapy allows you to increase the presence of “friendly” ­­– and necessary – bacteria in the intestinal tract by taking supplements of those desired bacteria.  The probiotics replace intestinal flora that antibiotics kill as they attack the bacteria that cause disease.  This maintains the health of the digestive system.

The decision to change prescriptions due to side effects is utterly individual.  Both Graney, with her 14 prescriptions, and Green, with her nutritional therapy, experimented until they developed regimens that allow them to manage their FM without excessive side effects.  FM treatments are, Green notes, very complicated.  “Everyone has their own opinion,” she says.  “You just have to keep searching and researching what works for you.”