I Am More Than My Diagnosis

I am often perplexed by an individual’s response to a disorder or disease diagnosis.  In the early 90’s I came down with Fibromyalgia.  It seemed to take forever but I was finally diagnosed at the Mayo Clinic in MN.

Initially, I was overcome by the severity of the symptoms…. The pain, fatigue, sleep problems, and mental fog were overwhelming.  I couldn’t work or function.  I would sit around in the rocker in agony, consumed by pain. 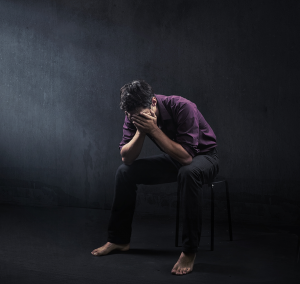 I felt helpless in the face of a powerful foe.  At first, I struggled with acceptance.  Even though I had a diagnosis, I shamed myself, saying things like­ – I’m just a weak and lazy person… it’s all in my head… just shake it off.

This disorder began to erode my identity.  It impacted my character and stole my self-esteem and confidence.  I began to lose myself, swimming in the sea of chaos that comes with Fibro.  I don’t know when it happened, but eventually, I became Fibro.  I allowed it to define who I was.

There is a massive difference between being Fibro and someone who suffers from a disorder called Fibro.  I allowed Fibromyalgia to take over my life, but I didn’t realize it until it was too late. In the process, I became depressed.

I went underground and stayed this way for years.

Self-pity took up residence in my heart and mind, and I felt sorry for myself each day.  I became totally debilitated and lived in a dark pit.

The road back began when I got angry… when I got sick and tired of being sick and tired.  Fibro had taken nearly everything from me.  I was fed up.  I allowed anger to fuel my actions.  It started with the small things like better personal hygiene, getting dressed for the day, making the bed, and setting a sleep schedule.  Doing these seemingly small things made a huge difference in my day.

These behaviors began to give me a sense of control and personal agency.  I felt like I had the ability to influence my life.  Once these habits were re-established, I wanted more.  I entered into therapy for support and rediscovered who I was outside of my diagnosis.

With a renewed sense of self, I began implementing strategies to manage Fibromyalgia.  I started a meditation practice to manage my pain.  I began stretching, bicycling, and walking.  I added massage as a resource.  I started eating healthier, and I bought a journal and used it for identifying daily gratitude’s and incidents of God appearing in my life.  To this day, I call them  “Godshots.”

I began to re-engage socially and build my support network.  I thought about and talked about things other than Fibromyalgia.  I started working again.  Today my symptoms of Fibro aren’t any different than they were 20 years ago.  What’s different is my mindset, how I approach my disorder, and my daily actions.  I know I didn’t cause it and that I cannot necessarily control it, but I do have a tremendous influence on my daily life.  I’ve accepted that Fibro is my traveling companion.  I respect the large impact that it has on my life each day.

There are days when the symptoms are worse and, on those days, I lovingly amend my day, instead of beating myself up like I use to.

I live with Fibromyalgia.  I live an empowered and fulfilling life despite that.  I’ve gone from surviving to thriving.  You can too!