Is It Fibromyalgia ­ Or Something Else?

Fibromyalgia is defined by the presence of chronic widespread pain and tenderness to light touch. But those whose lives are affected by fibromyalgia know, having the disorder means much more than just pain. It is widely recognized as a complex condition comprised of a wide variety of troublesome symptoms.

While fibromyalgia is finally coming into its own as a clinical disorder, there still remains an unfortunate gap in understanding among clinicians and patients alike. As a result, there may be confusion as to the meaning of the various symptoms a patient may experience; in other words, the question often arises: is this just another aspect of  fibromyalgia, or does this signal an additional medical problem? Does it need immediate evaluation, or can it wait? 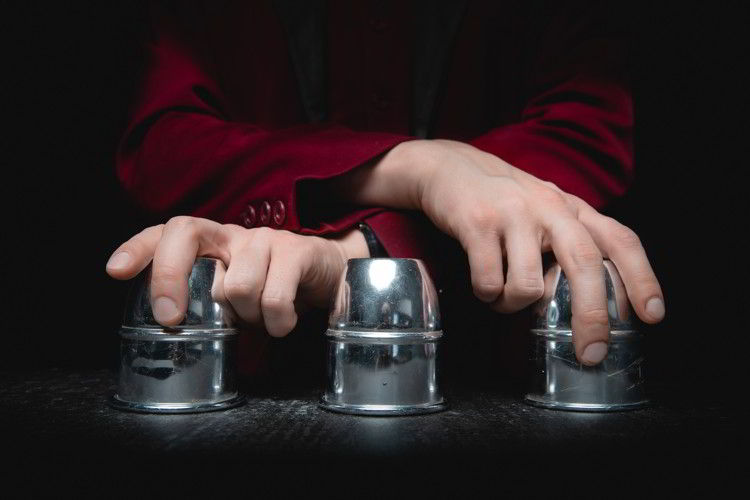 It is well-established that people with fibromyalgia have increased rates of a number of overlapping conditions such as irritable bowel syndrome (IBS), restless legs syndrome (RLS), and temporomandibular joint disorder (TMJ). There is also considerable overlap between fibromyalgia and such conditions as chronic tension and migraine headaches, multiple chemical sensitivities, interstitial cystitis, and chronic pelvic pain. Perhaps the most satisfying explanation for the overlap in these conditions is based on an understanding of how the central nervous system (i.e. brain and spinal cord) may undergo changes in the way that pain and other bodily sensations are processed. Other factors that may contribute to symptoms include endocrine dysfunction, psychosocial distress, and trauma.

One of the underlying themes that may also unite many of these seemingly unrelated conditions is their association with chronic stress, which may produce devastating changes in the function of multiple bodily systems. While the identification and treatment of associated disorders may not relieve pain perse, appropriate care can reduce the burden of symptoms that a patient must contend with on a daily basis.

“A GREATER UNDERSTANDING OF SEVERAL KEY SYMPTOMS MAY BRING  GREATER EASE OF MIND.”

Patients can take heart in knowing that symptoms associated with fibromyalgia besides pain have become hot topics in research. For example, results of the recently published NFA sponsored epidemiology study demonstrated that patients considered morning stiffness, fatigue, and nonrestorative sleep more severe than pain. At the recent MyoPain meeting in Washington, DC, the authors of this article presented a preliminary report of a similar community-based survey that we conducted in Sweden in which patients reported that muscle weakness and reduced muscle endurance were the most problematic.

Another abstract, presented by Dr. Robert Katz and colleagues at the American College of Rheumatology’s Annual Scientific Assembly in Boston, recently reported that memory problems, anxiety, and sensitivity to light were the three most common problems (other than pain) that were reported by fibromyalgia patients in their sample. Other symptoms that fibromyalgia patients experience as reflected in these reports include cold sensitivity, difficulty with concentration and memory, numbness and tingling sensations, dry eyes and dry mouth, constipation, reduced sex drive, skin rashes, and difficulty swallowing.

As Dr. Katz and his colleagues observed, people with fibromyalgia often do not realize that these various problems may be related to fibromyalgia. Although some patients do need to undergo additional medical evaluation for these symptoms, patients and their healthcare providers may find it reassuring that others with fibromyalgia frequently report a similar variety of symptoms.

On the surface, it may seem that the symptoms that may impact a person are confusing and unrelated. Consequently, the disorder is often characterized as “complex” or even “mysterious.” However, several key insights from research have demonstrated problems with some very basic bodily systems, which may then tie together seemingly unrelated symptoms.

For example, research has demonstrated that patients with FM have a disturbance of their autonomic nervous system; this has been demonstrated using a highly technical study that measures the heart’s beat-to-beat variability, which is under the influence of a structure known as the vagus nerve. Intriguingly, studies in animals have demonstrated that disrupting the function of the vagus nerve produces a state of increased pain sensitivity that in many ways resembles fibromyalgia. Because the vagus nerve exercises influence over a variety of other organs, one would expect that a person with a problem with the vagus nerve might also have trouble with such things as bowel function (i.e. constipation) and heart palpitations. They may also be subject to problems related to inflammation, given that the vagus nerve inhibits inflammatory processes.

Fibromyalgia likewise appears to be associated with a compromised ability to make and release brain dopamine. Since dopamine plays an important role in multiple functions, someone with a reduced ability to make and release this important chemical would be expected to have such symptoms as increased stiffness, disturbed sleep, problems with concentration, and restless legs.

A greater understanding of several key symptoms may bring greater ease of mind. To begin with, the pain of fibromyalgia is understood to change locations and intensity, sometimes day to day and even during any given day, while as few as one-third of patients report brief pain free periods. Not knowing what one’s pain will be like makes it difficult to plan activities ahead of time. As noted above, stress can exacerbate this and bring on additional symptoms.

In addition, anxiety is increasingly recognized to be common among fibromyalgia patients, much more so than depression. To understand how this may affect one’s symptoms, try imagining an occasion when you were stressed by something relatively simple, like going on a first date or having to give a public presentation. Such anxiety is naturally associated with changes in gut function, which may give rise to “butterflies in the tummy” when mild-but can make bowel function a misery when severe. The palpitations that one feels when anxious can raise concerns about the health of one’s heart, while superimposed myofascial pain which is distinct from fibromyalgia pain may like wise cause concern about a possible heart attack, should it occur in the muscles of the left chest wall or shoulder.

So, that new symptom you are experiencing … is it fibromyalgia, or something else? In many cases, it may well be your fibromyalgia. However, different individuals may respond differently to new symptoms: some may want every new symptom evaluated (reflecting a heightened degree of anxiety). while others may have developed the attitude that going to their health­care provider does no good, based on their providers’ inability to treat fibromyalgia effectively. Indeed, one of the disturbing aspects of the data from the NFA’s internet study was the number of respondents who expressed that they had stopped going to their clinicians for that very reason!

Conversely, healthcare providers also vary greatly in their response to patient complaints when they know a patient has fibromyalgia. Given the medicolegal climate that surrounds provider patient relationships, some clinicians feel obligated to practice “defensive medicine,” and may therefore feel pressured to conduct in-depth evaluations of every complaint. Others may wrongly attribute every new symptom to a person’s fibromyalgia, thereby overlooking important clues to the existence of other medical problems.

Some practical guidelines may there­fore be useful in achieving a balance between running to the doctor’s office for every little sniffle on one hand, and on the other, neglecting to seek medical attention for something like a broken hip or new onset chest pains. For symptoms that are clearly not life threatening, it may be prudent to wait to see if they resolve by themselves. Certainly, though, non-life threatening symptoms deserve evaluation if they interfere with daily function, degrade one’s quality of life, or persist beyond what would be reasonable for natural healing.

Another important thing to remember is that fibromyalgia patients are people, too! They get coughs and colds, muscle spasms, bladder infections, and diabetes and heart disease and benefit from the appropriate treatment of all these things. When considering the source of a new symptom, some thought should also be given to possible side-effects of medication or interactions between medications, including over-the-counter supplements and herbal preparations. Accordingly, it is important to coordinate one’s own health care between multiple providers by ensuring that each one is aware of what the others are prescribing.

Bringing an updated list of all medications and over-the-counter products to each clinic visit is especially helpful!

Finally, there are a number of symptoms that are considered “red flags” in medical circles, and which are not known to be associated with fibromyalgia. These include unexplained weight loss, persistent fevers, chest pains that are new in onset or represent a change in intensity or pattern, frequent infections, and the appearance of blood in one’s stool or when coughing. These symptoms may signal the existence of more sinister medical problems, and deserve thorough evaluation to discover their cause.