Not Enough Time… And a Good Reason Why

It’s 8:15 pm and I was just going to leave the office and head home. We had been talking today about my “Good Grief” blog and someone said, “Lynne do you realize that you haven’t posted anything since last April!? There are a lot of people who have posted replies and you haven’t made any comments.  You can’t let these people down! I thought you were going to do a post a couple of times a week?”

Yes, I had wanted to make sure that the blog had new posts as often as possible and that they would always share new information that would help people who had come to the NFA site looking for support and answers.  My intentions were good, but I just haven’t been able to do it.

Why?  Well the truth is I just haven’t had the time.

Really? How could I not have time for the people who have counted on the NFA and trusted me to provide them with hope, to tell them that things will get better and that they aren’t alone!

Not enough time? Yes, and I think I have a good reason why. 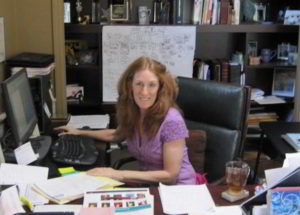 You see I have read your comments, and many of them are the same ones I’ve heard from thousands of you ever since I started working for and with the FM community almost 17 years ago. It was because I was asking those same questions and making the same comments when I was diagnosed with FM 19 years ago that I was determined to make sure that the FM community had an organization to raise awareness and provide hope.  So if we are still asking the same questions and complaining about the same problems, you might question if things have gotten any better since the NFA was first founded in 1997, and my answer would be unequivocally…YES!

In 1997, very few people even knew the word fibromyalgia.  I would have given anything to have someone say, “yes, I know what that is, and I have heard you should be doing this, that and the other.” It would mean that they wouldn’t give me that blank stare and I wouldn’t have to try to explain what I was dealing with. Now that almost everyone knows about FM, we don’t appreciate their awareness because we are still dealing with its pain and fatigue.

In 1997, if you had told me that there would be medications that could help some people with FM, I would have jumped (if I could have jumped) for joy! But today, if you aren’t one of those who has benefited from the medications approved to treat FM, it’s hard to appreciate all the time and effort it took to get interest in developing medications and get them approved.

Over time I realized, what at one time seemed like “an answer”, could fade in importance if the people looking for answers were still dealing with other things that were part of the problem.

So, almost five years ago, I asked myself another question.  What else can we do to help people with FM to have less pain, better family lives, fewer or no symptoms, and to never have to feel embarrassed to admit that they have fibromyalgia again?  How could I be sure that the community would get the support, compassion, understanding and better medical help they deserved?

Well, I spent a lot of time pondering that question and I came up with an answer that turned into what I called “THE PLAN”.  And it has been the execution of this plan over the past four years that has taken up every hour of the day (that I wasn’t volunteering for the NFA) to develop. And now at the end of September 2014, we are getting very close to being able to launch “The Plan”.

So yes, I haven’t been as diligent in writing my blog, and I haven’t been able to answer as many of your emails as I would have liked, but I believe that the launching of the PainTools will help thousands and maybe even millions of people with FM and chronic pain and its help and importance will never fade; instead it will just grow more efficient and more capable of providing each of you with answers to your questions and help you find the solutions you have been hoping for.

[Stay tuned…more on pain tools in my next blog…and I promise you won’t have to wait long!]