Think Your Doctor Ruled Out Lyme Disease? Probably Not! 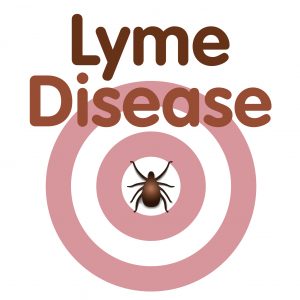 If your doctor did a thorough job, he or she probably tested you for Lyme disease before finally diagnosing you with fibromyalgia. You likely received a negative test result and thought that you’d ruled out Lyme as a possible cause for your symptoms.

You can receive a negative test result for Lyme and still have Lyme disease. What many people don’t realize is the standard testing used by most doctors – the ELISA and western blot tests – are only about 50-60 percent accurate. That’s equivalent to a coin toss!

I was diagnosed with fibromyalgia in early 2014. During that process, I was screened for Lyme at least twice using the standard testing. Both tests came back negative. I eventually sought out more advanced testing and was diagnosed with Lyme disease last spring.

Since then, I’ve interviewed numerous doctors and patients about the connection between fibromyalgia and tick-borne infections (TBI), like Lyme, and I’ve come to a troubling conclusion: I suspect millions of people who are diagnosed with fibromyalgia actually have TBIs and don’t know it.

There are several reasons for this. First, there’s a huge overlap between the symptoms of fibromyalgia and TBI, increasing the odds of misdiagnosis. Second, as I just mentioned, the testing is grossly inaccurate and gives a high rate of false negatives. And third, a lot of people believe TBIs are only found in the northeast and the Great Lakes region of the United States.

Because symptoms can vary from person to person, TBIs can go undetected for years. The most common symptoms include extreme fatigue, joint and muscle pain, brain fog, numbness or tingling (particularly in the extremities), neurological issues, anxiety/depression, digestive problems and vision/hearing disorders. Do any of these sound familiar? They should because they are the classic symptoms of fibromyalgia.

If you review a list of Lyme symptoms, it’s easy to understand how Lyme and fibromyalgia could be confused for one another. Lyme has actually been nicknamed the “great imitator” because it mimics so many other conditions, such as fibromyalgia, chronic fatigue syndrome, multiple sclerosis, Alzheimer’s disease and others. 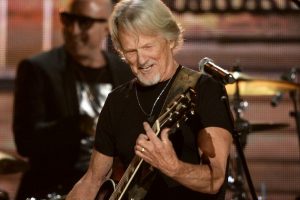 In 2016, singer-songwriter, Kris Kristofferson, made national headlines when he revealed he had Lyme disease. He was previously diagnosed with fibromyalgia and Alzheimer’s, and his health had deteriorated to the point of incapacitation. After being treated for Lyme, he was able to perform on stage again.

Other celebrities have shared their Lyme disease journeys in recent years, including Daryl Hall of the pop group Hall & Oates and singers Avril Lavigne and Debbie Gibson.

If you suspect you might have been exposed to TBIs, then a good place to start your research is by filling out Dr. Richard Horowitz’s Lyme questionnaire. Dr. Horowitz is one of the top Lyme specialists in the United States. His questionnaire will help you to gauge your risk of having Lyme and other TBIs.

The standard Lyme tests offered by mainstream laboratories, like Labcorp and Quest, are extremely unreliable. The ELISA test detects about half of Lyme cases, and the western blot is only slightly better – those figures apply to acute Lyme cases (i.e., where the person was just bitten).

If you were exposed to Lyme months or years ago, then the chance of it showing up on the standard testing is essentially nil. That’s because the ELISA and western blot are both antibody tests. After Lyme becomes chronic, it suppresses the immune system, and the body usually stops making antibodies against the Lyme bacteria. If no antibodies are detected, then the test will come back negative. 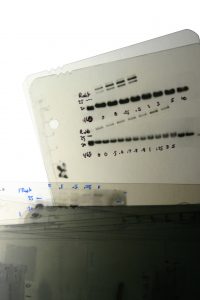 Still, many TBI specialists recommend still having those standard tests because some people do get lucky and test positive.

I was not that lucky. I always felt my doctors were missing something in my treatment, so I decided to pay out of pocket and have iGenex testing.

iGenex is considered to be the gold standard in Lyme testing today, but better tests are in the works and will be on the market soon. Most health insurance companies do not cover iGenex testing. The basic Lyme panel costs around $300, but it’s worth every dollar if it enables you to get the right diagnosis.

TBIs are hard to treat, but people do recover and get their lives back. One of the most tragic things about the Lyme epidemic is that millions of people are living with a condition that is treatable, but treatment is possible only if you’re properly diagnosed!

How to Find a Lyme Specialist

If you do have TBIs, your primary care doctor or rheumatologist are probably not going to be very helpful. That’s because most mainstream doctors do not believe in chronic Lyme disease, and they’ve been told that Lyme is easily cured with two-to-four weeks of antibiotics.

Yes, antibiotics work pretty well in individuals who have an acute Lyme, but they aren’t as effective for those who have long-term exposure.

TBIs are extremely complex and difficult to treat once they’ve become chronic, so it’s important to seek out a well-versed Lyme-literate medical doctor (LLMD) for proper evaluation and treatment.

The easiest way to find a Lyme specialist is to connect with your local Lyme support group and ask for recommendations. LymeDiseaseAssociation.org and ILADS.org also have doctor-referral services on their websites. 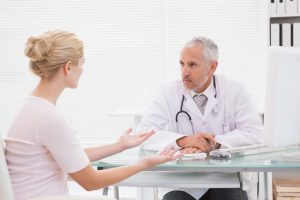 I will warn you, however, that most LLMDs do not accept health insurance. There are several reasons for this, but mainly it has to do with the amount of time LLMDs spend with patients. My appointments with my LLMD usually last around an hour. There’s no way these physicians could remain financially solvent if they relied on insurance reimbursements to cover their time and expenses.

But there is some good news: insurance will usually pick up the cost of routine lab work and medications.

Treatments for TBIs vary depending on the practitioner. Some prescribe long-term antibiotics, some use all-natural herbal protocols, and some combine those two approaches. There are also alternative treatments, like ozone and stem cell therapies, which have shown some benefit.

I thought it would also be a good idea to dispel some of the myths about Lyme disease and other TBIs.

Myth #1: You have to recall a tick bite in order to have Lyme disease.

False. About 30 percent of people with Lyme do not remember ever being bitten by a tick. Tick nymphs (i.e., baby ticks) are about the size of a poppy seed and are extremely easy to miss.

I spoke with one Lyme patient a couple of years ago who has no recollection of ever being bitten by a tick. She shares her bed with her dog and suspects she may have been bitten while sleeping. That scenario could happen to any pet owner!

Also, there’s some evidence that TBIs may be transmitted by vectors other that ticks, such as biting flies, fleas, mosquitoes and sand fleas, among others. Some LLMDs believe it may be transmitted via sex and from mother-to-child in the womb, too. 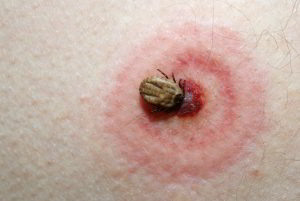 Myth #2: You would have had a bulls-eye rash if you had Lyme.

False. Only about one-third of people with acute Lyme develop a bullseye rash.

Myth #3: Your doctor tested you for Lyme, and it was negative, so there’s no way you have Lyme.

False. As previously explained, the standard testing for Lyme disease is only 50-60 percent accurate. You could have a negative test result and still have Lyme!

Most Lyme specialists rely on a combination of private laboratory testing – iGenex is the most common one – and a clinical examination to diagnose TBIs.

Myth #4: You don’t live in the northeast or Michigan/Wisconsin, so you don’t need to worry about Lyme disease.

False. Lyme disease and other TBIs are endemic in every state in the United States.

Myth #5: A tick has to be adhered to your body for at least 48 hours to transmit Lyme and other TBIs.

False. There’s evidence that TBIs can be transmitted within minutes of a tick attaching itself to the skin.

False. Lyme is a stealth pathogen, and it uses many strategies to evade the immune system. The bacteria can burrow deep into the brain and body’s tissues where antibiotics can’t penetrate. It also produces sticky biofilms where it can hide safely from the immune system and antibiotics.

Complicating the issue is that Lyme is seldom transmitted on its own. Most ticks carry other TBIs; the most common are bartonella and babesia. These co-infections can be just as serious as Lyme and require their own specific treatment.

All TBIs have to be addressed during treatment, or you’ll never get better.

To learn more about TBIs, I would suggest the following resources: 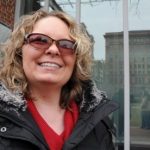 Donna Gregory Burch was diagnosed with fibromyalgia in 2014 after several years of unexplained pain, fatigue and other symptoms. She was later diagnosed with chronic Lyme disease. Donna covers news, treatments, research and practical tips for living better with fibromyalgia and Lyme on her blog, FedUpwithFatigue.com. You can also find her on Facebook and Twitter. Donna is an award-winning journalist whose work has appeared online and in newspapers and magazines throughout Virginia, Delaware and Pennsylvania. She lives in Delaware with her husband and their many fur babies.