Stress Reduction at the Cellular Level

Since mitochondrial dysfunction was first described in the 1960s, biomedical research has advanced in the understanding of the role that these cellular components play in health, disease, stress, and aging. 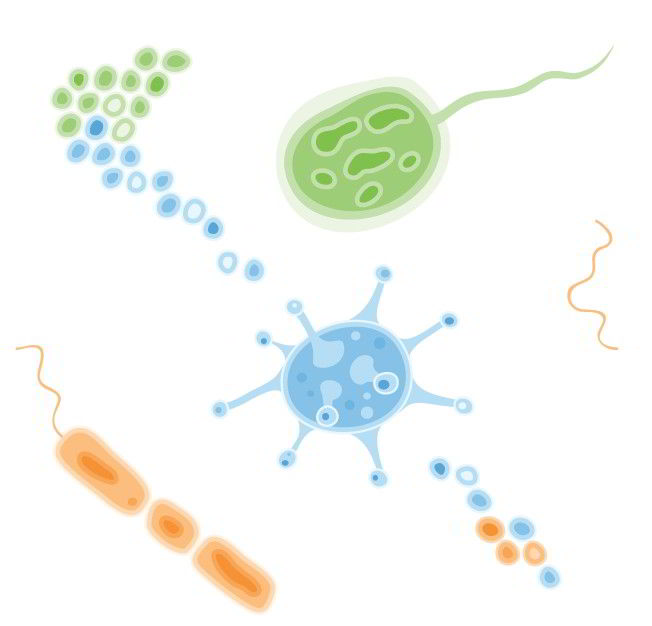 In addition to energy (see box on page 62), mitochondrial oxidative phosphorylation also generates reactive oxygen species, or ROS. When the mitochondrial respiratory chain (MRC) becomes highly reduced, excess electrons can be passed directly to oxygen to generate a superoxide anion. Superoxide is transformed to hydrogen peroxide by the detoxification enzymes manganese superoxide dismutase or copper/zinc superoxide dismutase, and then to water by catalase, glutathione peroxidase, or peroxidredoxin III. However, when these enzymes cannot convert ROS to water fast enough, oxidative damage occurs.

Under normal physiological conditions, ROS production is highly regulated. However, if the respiratory chain is inhibited, or key mitochondrial components such as CoQ are deficient, then electrons accumulate on the MRC carriers, greatly increasing the rate of a single electron being transferred to oxygen to generate superoxide. Excessive mitochondrial ROS production can exceed the cellular antioxidant defense, and the cumulative damage can ultimately destroy the cell.

It has been proposed that ROS damage can induce mitochondria permeabilization by the opening of permeability transition pores in the mitochondrial inner membrane. This, in turn, leads to a simultaneous collapse of mitochondrial membrane potential and the elimination of dysfunctional mitochondria.

Degradation of excess or dysfunctional organelles is one of the major challenges to maintaining cell integrity and to adapting cellular activities to environmental changes. To solve this fundamental issue, cells utilize autophagy, which is a self-eating system that generates double-membrane vesicles called autophagosomes, sequesters cytoplasmic components as cargoes, and transports them to lysosomes for degradation. In the past decade, 30 autophagy-related genes (ATG) required for selective and/or nonselective autophagic functions have been identified.

Selective autophagy contributes to the control of both quality and quantity of organelles. It is conceivable that mitochondria are the primary targets of selective autophagy because they accumulate oxidative damage due to their own by-products, ROS. Consistent with this idea, autophagy-dependent clearance of dysfunctional mitochondria is important for organelle quality control. The term mitophagy refers to the selective removal of mitochondria by autophagy.

Moreover, several studies have shown high levels of oxidative stress markers in FM patients, suggesting that this process may have a role in the pathophysiology of this disease. In general, oxidative stress could be defined as an imbalance between the presence of high levels of ROS and reactive nitrogen species (RNS), and the antioxidant defense enzymes and molecules. It has been hypothesized that oxidative stress is linked to both the initiation and the progression of neurodegenerative disorders such as Parkinsons, Alzheimers, and Huntingtons diseases. Oxidative stress is also believed to aggravate the symptoms of many diseases, including haemolytic anemias and amyotrophic lateral sclerosis.

Therefore, we addressed the question of whether Fibromyalgia is a mitochondrial disease, and whether mitochondria could be the origin of oxidative stress observed in FM. To answer these questions, we recruited 40 patients from the Sevillian Fibromyalgia Association (AFIBROSE) database. Patients were diagnosed by an experienced rheumatologist according to American College of Rheumatology criteria. The patients had not taken any drugs during the 15-day period before the collection of the blood samples, and had followed a standard balanced diet. Blood samples were collected from each patient; serum biochemical parameters were determined, and plasma and peripheral mononuclear cells were obtained from the blood.

To further examine mitochondrial bioenergetics and antioxidant defenses, we analyzed CoQ levels in mononuclear cells and plasma from FM patients. We observed an altered distribution of CoQ levels between plasma and cells (high levels in plasma and low levels in cells). CoQ levels in blood cells have been reported to have good correlation with CoQ levels in other tissues, such as muscle. These results were published in Clinical Biochemistry in May 2009 (1).

To confirm oxidative stress in FM, blood cells of one representative patient were treated with three antioxidants (CoQ, vitamin E, and N-acetilcysteine), and mitochondrial ROS production was examined. Both CoQ10 and vitamin E, two well known lipophilic antioxidants, induced a significant reduction of ROS. These results suggest that ROS were produced in the lipophilic environment of mitochondrial membranes, and that CoQ deficiency may be involved in the oxidative stress observed in FM. In addition, blood cells of FM patients showed a decrease of 36 percent of mitochondrial membrane potential.

These results strongly support the hypothesis that oxidative stress in FM may be the consequence of a mitochondrial dysfunction. On the other hand, biochemical analysis of citrate synthase indicated a depletion of mitochondrial mass, suggesting selective mitochondrial degradation in blood cells from FM patients. These results were confirmed by electron microscopy that clearly showed autophagosomes where mitochondria are being degraded.

Autophagy can be beneficial for cells by eliminating dysfunctional mitochondria, but excess autophagy can promote cell injury and may contribute to the pathophysiology of FM. This study, published in Arthritis Research and Therapy in January 2010 (2), supports the hypothesis that mitochondrial dysfunction is the origin of oxidative stress in FM patients, and could help to understand the complex pathophysiology of this disorder. Both oxidative stress and extensive mitophagy can contribute to cell bioenergetics imbalance, compromising cell functionality.

An important problem in FM is the moderate effectiveness of pharmacological therapies for FM pain. In general, about half of all treated patients seem to experience a 30 percent decrease of symptoms, suggesting that many patients with FM would require additional therapies. But, in most cases, many side effects are induced by pharmacological therapy, and some drugs can induce mitochondrial damage. Therefore, the use of these drugs in patients with mitochondrial dysfunction could be counterproductive.

One of the most investigated non-pharmacological therapies in the treatment of FM is moderate aerobic exercise, which has been demonstrated to improve some of the symptoms related to FM. Interestingly, exercise therapies have also been shown to provide significant benefits in patients with mitochondrial diseases by inducing mitochondrial biogenesis, which is proposed as an alternative therapeutic strategy in these conditions, and may explain to some extent the improvement in patients with FM.

Mitochondrial dysfunction opens a large field of research for a new therapeutic perspective in FM patients. Mitochondrial medicine, a relatively new area, deals with diseases that are related to mitochondrial dysfunction due to a number of causes, from free radical damage to genetic mutation. Early on, the well-recognized role of mitochondria in energy production gave rise to strategies designed to enhance electron transfer through the MRC. More recently, mitochondrial involvement in cell death programs, autophagy, and apoptosis has been demonstrated.

If oxidative damage plays a role in FM through the activation of mitochondrial permeabilization and mitophagy, then therapeutic strategies that reduce ROS may ameliorate the pathological process. But what is the relationship between oxidative stress and FM symptoms? Recent studies have shown that oxidative stress can cause peripheral and central sensitization and alter nociception, resulting in hyperalgesia mediated by both local and spinal oxidant mechanisms.

Superoxide plays a major role in the development of pain through direct peripheral sensitization, the release of various cytokines, the formation of peroxynitrite, and activation of PARP, a protein involved in a number of cellular processes. In addition, studies on depression, a typical symptom in FM patients, have elucidated the possible link between depression and lipid peroxidation.

This work was supported by grants FIS PI080500 and FIS EC08/00076 from the Ministerio de Sanidad, Spain. This group is funded by the Centro de Investigacin Biomedica en Red de Enfermedades Raras (CIBERER), ISCIII. The authors thank Victor and Heather Rice for their collaboration in this manuscript, and wish to dedicate this manuscript to FM patients and AFIBROSE (AsociaciÃ³n de Fibromialgia de Sevilla) for their unconditional help.

Mario D. CorderoÂ is a medical student at the Universidad de Sevilla and a lab technician at the Universidad Pablo de Olavides Centro Andaluz de Biolog ­a del Desarrollo in Seville, Spain. He became interested in fibromyalgia because his father suffered from chronic pain.

Dr. Manuel de Miguel is professor of histology at the medical school of Universidad de Sevilla.

Dr. Placido Navas is professor of enzimology and cell biology at the Universidad Pablo de Olavide in Seville, Spain. 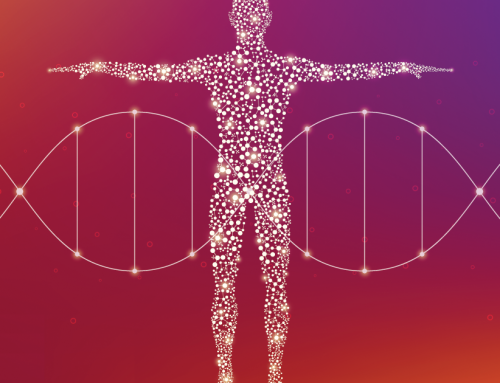 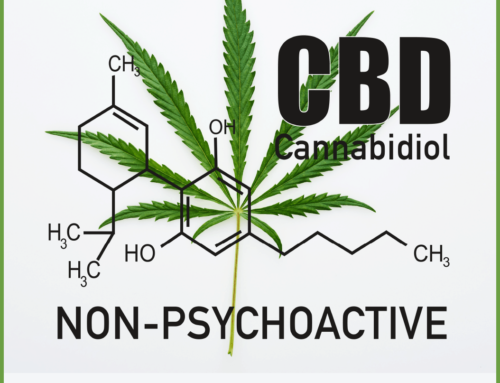 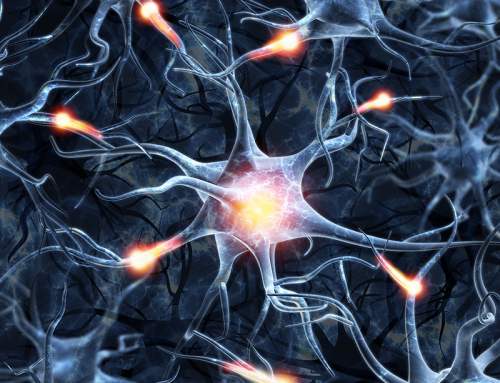 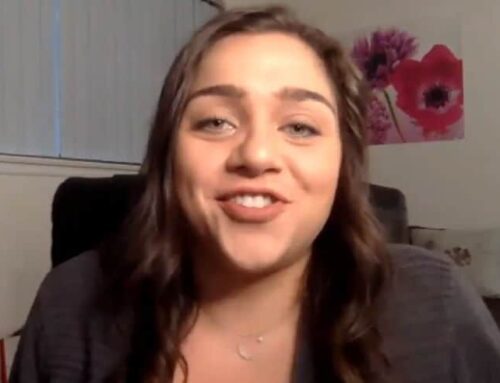 Mitochondria play a central role in many cellular functions, including the generation of chemical energy (adenosine triphosphate, or ATP), heat, and intracellular calcium homeostasis. They are also responsible for the formation of reactive oxygen species (ROS) and for triggering programmed cell death (apoptosis).

Both mitochondrial DNA and nuclear DNA encode for polypeptide components of these complexes. Hence, mutations in either genome can cause MRC dysfunction that impairs transport of electrons and/or protons and decreases ATP synthesis. Primary or secondary genetic diseases affecting MRC or secondary mitochondrial dysfunctions usually affect brain and skeletal muscle because of mitochondrial energy requirements.

Besides MRC enzyme complexes, two electron carriers—coenzyme Q10 (CoQ10) and cytochrome c—are essential for mitochondrial synthesis of ATP. CoQ, a lipid-soluble component of virtually all cell membranes, transports electrons. It also functions as an antioxidant that protects cells both by direct ROS scavenging and by regenerating other antioxidants such as vitamins C and E.